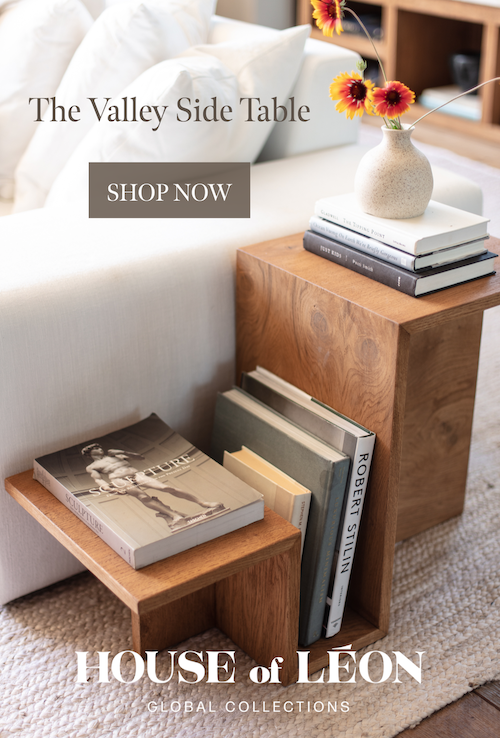 Like other popular online sofa retailers (like Article or West Elm), Joybird is a top choice for budget-conscious consumers. Note that Joybird does also have three showcase brick-and-mortar stores.

Based on my research, Joybird offers good quality and stylish furniture designs at an affordable price point. Yet, there are many customer complaints about their furniture quality and lack of customer service.

This leads me to speculate that La-Z-Boy (the owner of Joybird) may be cutting corners on furniture quality.

In this piece, I review Joybird, providing more information on its leather furniture and whether consumers should buy it.

If you have any experience purchasing Joybird furniture, please leave a comment below or feel free to email me at tom@bestleathercouches.com

Mid-Century Modern at an affordable price point with no sacrifice on quality is the main value proposition for Joybird. La-Z-Boy acquired the company in 2018. Their goal from the start and what they've viewed as their advantage is creating a 'lean elastic organization that provides extremely high-quality products'.

La-Z-Boy thought that the young mid century modern furniture company was worth an investment, acquiring Joybird in 2018.

The acquisition was perplexing, since La-Z-Boy is a lower-end brand, although one with deep manufacturing and distribution know-how.

Yes, Joybird is a legitimate company. They offer a wide variety of furniture and home decor items that are stylish and high quality. You can order furniture online from joybird.com or visit one of their showrooms to see the items in person.

Joybird has been in business since 2014 and is owned by the well known La-Z-Boy.

The company is listed on Trust Pilot and has a score of 2.8 (out of 5 stars) on only 4 Reviews.  They are not accredited by the Better Business Bureau, although there are 72 complaints from customers.

Who Makes Furniture For Joybird?

While Joybird is based in the US, they have a manufacturing facility in Tijuana, Mexico.  Thus they are making all of their own furniture.  They source as many raw materials as possible from US suppliers.  They also source most of the wood, fabric, foam and many other items from US companies. Here's a video that shows some more of their manufacturing facility in Mexico.

One of the key components of the La-Z-Boy deal was they could help Joybird help with manufacturing and distribution. It's possible that Joybird just became so popular that its manufacturing facility was completely overwhelmed.

"As Joybird's growth has been constrained by limited capital and production capacity, we will combine our world-class supply chain including nationwide delivery capabilities with its current manufacturing operations"

What's The Quality Of Joybird Sofas?

As one example, the Elliot Leather Joybird sofa shown below uses kiln dried hardwood with frames wrapped in 2lb foam.

A Joybird couch - the Elliot leather sofa, a solid choice for any living room or family room, great for a small space.

Now, while it all sounds well and good, there are, of course, skeptics.  We found one article that was no so nice regarding Joybird's quality.  Rain Noe at Core77 says that Joybird's furniture is just 'BS Marketing Speak'.  Ouch.

One of the allegations from Noe is that Joybird is using veneer and clear edge banding on a desk that claims to use 'all natural wood'.  I found the claims to be a bit harsh as veneer is used in many solid wood furniture pieces.

Overall, based on my research; the Joybird sofa quality is good, but not great.

A Joybird couch certainly might seem like an attractive purchase for your living room (especially given the lower price point), but keep in mind that the low quality of the leather sofa might not stand the test of time.

Joybird Eliot Leather Sofa Review - Is It Worth It?

Case in point again, in regards to the Eliot Leather Sofa from Joybird (shown below), one of their more popular sofas. On their website, the Joybird Eliot Sofa reviews are quite good, with a 4.75/5 rating on over 150 reviews. However, my assumption is that the reviews are highly filtered-note that the latest review is from 2019, so what has Joybird done with the reviews of the Eliot since then?

In fact, I discovered that someone actually tried to post a 3-star review on the Eliot, but Joybird never actually posted the review. So, ultimately, while the pictures look nice, as noted by that same poster, the sofa is somewhat uncomfortable, and that 'it gets returned a lot'.

Eliot Leather Sofa from Joybird, a sharp looking leather sofa, but is the low price point an indication of low quality?

Joybird Briar Leather Sofa Review - Is It Worth It?

Like the Eliot, the Joybird Briar Leather Sofa is a popular choice, and just in looking at the website, the sofa would appear to be a well reviewed piece, with a 4.9/5 rating on the Joybird website. But of course, the last posted rating was on December 13, 2019. So, it appears that Joybird completely turned off the ability to review their sofas and thus has only a collection of positive reviews listed on its website.

Briar Leather Sofa from Joybird, an attractive leather sofa, but is the low price point an indication of low quality?

Willing to share your own personal Joybird Briar review or Joybird Eliot review with us? Please either send me an email at tom@bestleathercouches.com or feel free to leave your review in the comments section at the end of this article

Are Joybird Sofas Made In USA?

No, Joybird sofas are not what I would consider to be 'American' made.

While Joybird is baded in Los Angeles, the company's manufacturing facilities are in Tijuana, Mexico.

What Kind Of Leather Does Joybird Use?

Joybird notes on its website that all leathers used are 'top-grain' leathers.

All our leathers are top-grain, a high standard within the furniture industry. Made from the top layer of the hide, top-grain leather is the most durable and flexible with lots of natural character.

I did a bit deeper, however, into the financial reports of parent La-Z-Boy.

I discovered that most leather hides used on Joybird's sofas are sourced from China, with some purchased in either Vietnam or Haiti.

In terms of toxicity in sofas, there are several areas of the sofa that we need to pay attention to. First, would be the foam in the cushions of the sofa and Joybird claims that its foam "contains PBDE (flame retardants) and they are certified to be free of toxic gases".  This is however just a pledge from its suppliers and not a complete guarantee.

A Joybird Leather Sectional .. I would consider their furniture to be 'non-toxic'.

The other concern would be with any engineered woods that emit toxic chemicals, thus the best option would be to have a solid hardwood frame. Joybird's sofas are use an engineered wood frame reinforced with corner blocking and kiln dried solid wood. Thus, glue is involved although Joybird says it is 'water based and a low-VOC', meaning that it has a low measure of 'volatile organic compounds' and can generally be considered non-toxic.

What's The Warranty Of Joybird Sofas?

Joybird has an excellent return policy offering 90 days after delivery to send it back and get a full refund, minus shipping & a 10% restocking fee.

Each Joybird-manufactured piece also comes with both a Limited Lifetime warranty on all foundational elements, and a 3 year limited warranty on any manufacturing defects or shipping damage.

'The Limited Lifetime Warranty applies to all of the foundational elements of your furniture including wood frames, springs, joints, bases, and hardware, which are integral to the life of your product. If a repair is needed, we will pay standard rates for repair, or provide an alternative solution should the item be unable to be repaired."

What Are Customer Reviews of Joybird?

Reviews on Joybird's leather sofas on their website are quite good, with most of their leather sofas earning a 4.5 star rating at a minimum.  Still, we never really base an evaluation on the company's own website reviews.

Unfortunately, what we found elsewhere was a bit more concerning.  On Yelp, there are over 130 reviews with an average 1.5 star rating (out of 5).  The reviews are scathing, ranging from complaints about delivery (one reviewer said it took nine months to get their furniture) to concerns regarding quality.

We've also evaluated the Joybird furniture reviews on Yelp and found that nearly all are from legit Yelpers with a long history of reviewing businesses.

Thus the magnitude of poor Joybird sofa reviews is a major concern to us. We initially recommended Joybird because of the quality, comfort, and pricing of its furniture. If you bought a Joybird sofa and are happy with it, your experience is much like that of our testers. But, in 2017, we stopped recommending the Joybird Korver after a number of readers reported negative experiences with Joybird’s customer service, long delivery times, and even manufacturing defects. We had hoped the company would solve these problems after their acquisition by La-Z-Boy in July 2018, but we’ve found that these same issues continue today. A number of customer reviews from 2019 and 2020 cite issues with manufacturing defects, unresponsive customer service, and poor communication.

We also recently discovered more problematic reviews over at Reseller Ratings, where Joybird has atrocious customer reviews - a 1-Star rating average on over 800 reviews! There are many, many bad reviews about poor customer service at Joybird, but also many reviews about the poor quality of the furniture. Here is just one example:

"Forget about the clueless customer service reps., phone calls and emails that don't get returned and idiotic wait times for delivery, the furniture itself is poorly crafted junk made with inferior materials. The sectional sofa and ottoman we bought are of much lower quality than the cheapest outlet furniture stores we have ever been in. Seriously, the chair isn't as well made as the one we bought our daughter for her dorm room at Bob's discount furniture for 1/2 the price.

Joybird will ship to virtually the entire contiguous United States except for Alaska and Hawaii. Unfortunately, they do not ship outside the continental US.

Joybird's regular sofas will be delivered to home already assembled, thus no assembly is required. Note that Joybird does sell modular couches and sectionals that allow you to customize your furniture's configuration.

Can I View Joybird Furniture In Person?

Yes, if you have a Joybird Showroom nearby, one can check out Joybirds' furniture in person. Currently, there are nine Joybird showrooms in Brooklyn, Washington, DC, Chicago, LA, San Francisco, Austin, Manhattan, Dallas and Kansas City. Joybird has regular sales so if you have your eyes on something be sure to check around to see if they might have an upcoming sale.

Is Joybird Worth It?

All in all, Joybird is a mixed bag. The furniture is attractively designed and decently priced, but there are many reports of poor quality.

If you're looking for stylish furniture on a budget, Joybird may be worth considering- just be sure to check the reviews first.

If you want mid century modern furniture with clean lines for your living room Joybird is a decent choice, just not my preferred retailer.

If you are looking for alternatives, I'd check out Article, Room & Board or Hancock and Moore as just a few suggestions.

Check out our overall rankings for more ideas.

Have you purchased from Joybird before? Leave your review below so our readers can learn more!